AMP’s Holiday Concerts include performances by all ensembles, and also include multiple performances in the Atlanta Ballet Nutcracker at the Cobb Energy Center. 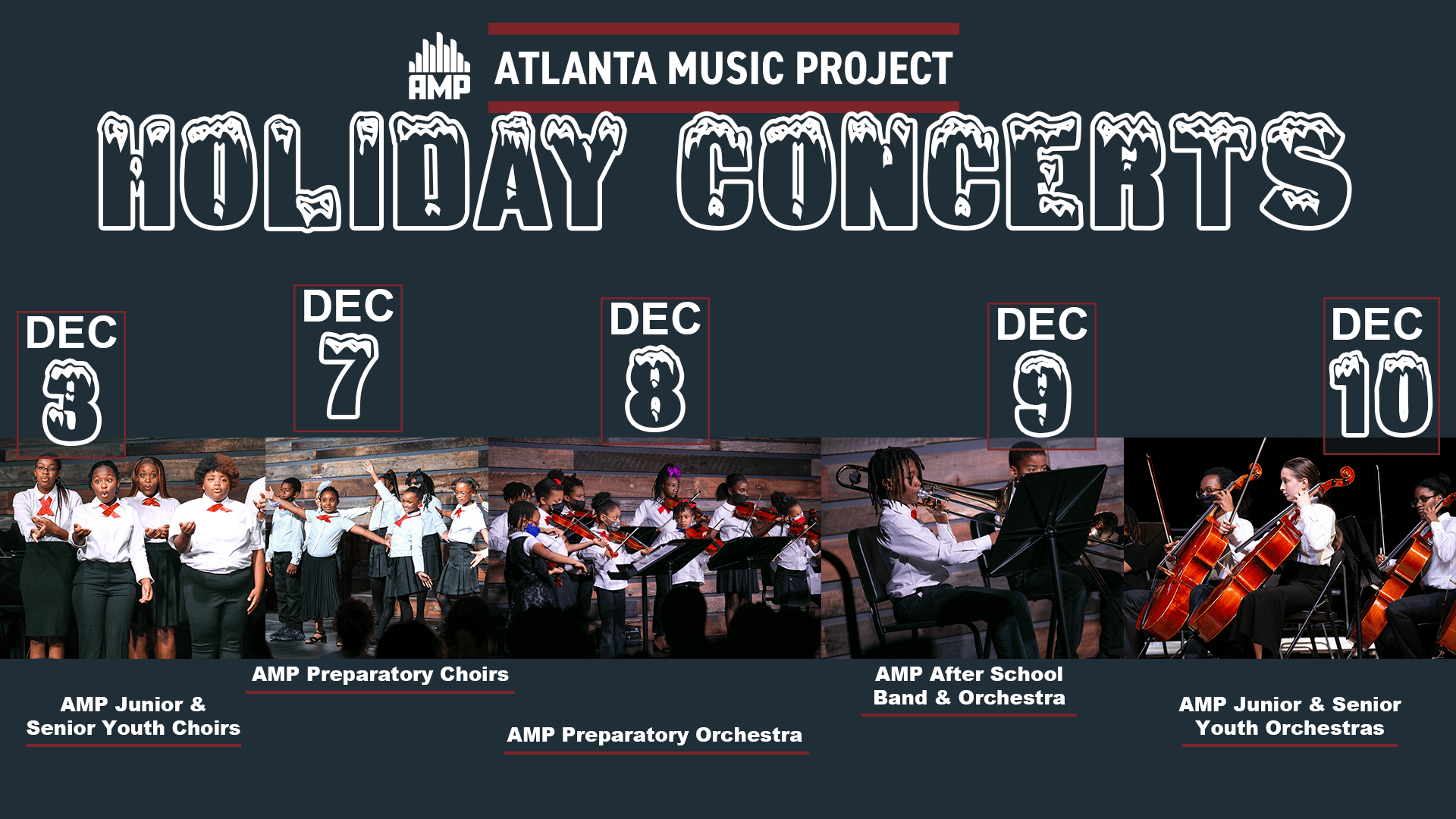 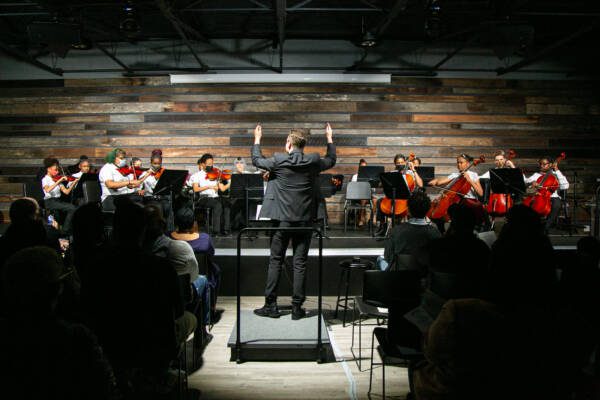 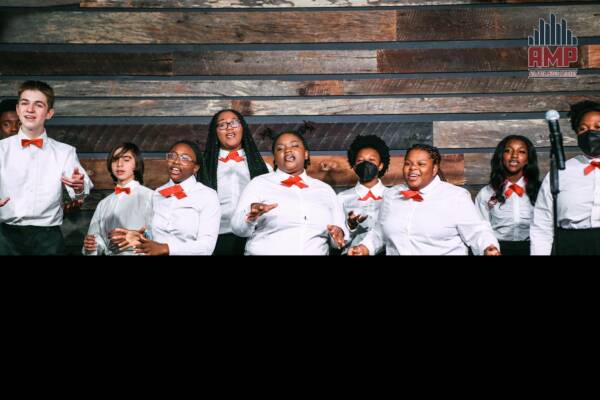 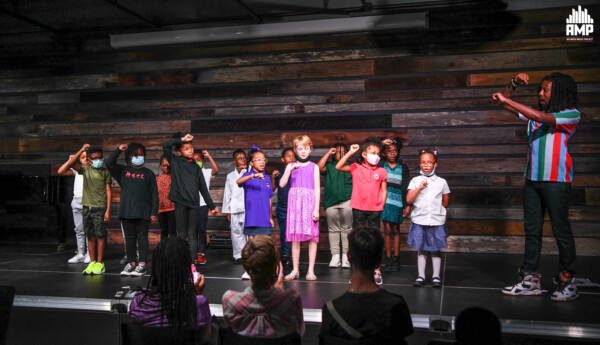 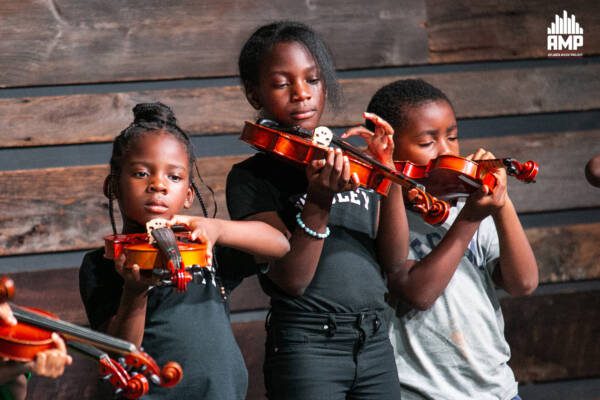 [Atlanta, November 2022] The AMP holiday concert season begins with a festive performance by the AMP Youth Choirs at the AMP Center for Performance & Education, on December 3rd, 2022. They will perform pieces that span the globe of holiday traditions, including traditional Spanish carols, African folk songs, and an original piece by Senior Youth Orchestra Conductor, B.E. Boykin, among many other pieces.

Members of both the AMP Senior and Junior Youth Choirs will take part in multiple performances of the Atlanta Ballet Nutcracker at the Cobb Energy Center on December 17th and 18th. Along with being a part of the performances, observers will be greeted by the AMP Choirs performing a piece in the lobby as well.

All other ensembles will host their own shows as well, the next ensemble scheduled to hit the AMP Center stage is the AMP Youth Orchestras on December 7th. This will be the first performance on the AMP Center stage of the school year for the AMP Senior Youth Orchestra, although, they have had multiple performances this school year, including a performance at the Atlanta BlackRock Office and the Mercedes Benz Stadium for the St. Jude’s Evening of Hope Gala.

Our beginner-level programming, the AMP Preparatory Choirs, and Orchestra, soon to include Band as well, will also put on their own holiday-themed performances respectively. The AMP Preparatory Choirs are set to perform on December 7th, while the Preparatory Orchestra will perform on December 8th, both at the AMP Center for Performance & Education. Another beginner-level program includes AMP’s partnership with the City of Atlanta through the AMP After School Band & Orchestra which will also perform at the AMP Center, on December 9th.

Our satellite programing at Atlanta Youth Academy (Dember 6th) and Utopian Academy (December 15th) will both put on their own holiday-themed performances at their home site locations.