Performing with Lindsey Stirling: AMP Young Artists in Their Own Words

The Atlanta Music Project is off to an amazing start in the 8th year of programming. The most recent highlight was performing with 2 time billboard music award winner electronic violinist, and DWTS finalist, Lindsey Stirling.

AMP’s relationship with Lindsey started 4 years ago. She learned of the investment AMP makes with youth in the metro Atlanta community and it resonated with her, reflecting on her personal experience. She said, “not everybody gets a chance to have music lessons or instruments to play.” So Lindsey teamed up with AMP to help support the mission. Lindsey designed two Lindsey Stirling/AMP t-shirts and donated all proceeds to the AMP organization. The initiative surpassed the goal of providing lessons and instruments for 50 kids.

Today, Lindsey has continued on her road to enriching the lives of people through her art. On Tuesday, November 21st Lindsey was competing for the Mirrorball Trophy on Dancing with the Stars, a smash-hit dance competition television series. The next night, Lindsey invited 8 AMP string players to perform with her on stage at the Cobb Energy Performing Arts Centre for her “Warmer in the Winter” sold-out concert tour.

After the concert we asked our young artists what they thought of the experience, and here is some of what they had to say:

(Ashley Gibson) “It was surreal. I didn’t think it was going to happen. I didn’t think we were going to meet Lindsey, but we did. I was really excited to meet her and just to be able to perform with her on stage and be that close to her, I never thought I would have that chance. I never even thought I’d go to one of her concerts. Before we played, she talked about how she used to play in coffee shops, and in subways, and it reminds her of how thankful she is to be where she is. She said if you put your mind to it you can get anywhere in life.”

(Lailah Carter) “I was impressed with how she danced around on stage and she memorized all of her music, and I didn’t even hear her mess up! I liked the lights and the sound system. It inspired me when we went upstairs to watch the end of the concert, it was good.”

(Donovan Fuller) “I just liked the surroundings, I liked everything when they opened the curtains and it was time to show. The fog and the stage lights, the production they put into it. I didn’t realize how many people would be there and when I got there it was like wow! This is amazing! This is a once in a lifetime opportunity, not a lot of people are able to do this. I always looked at Lindsey Sterling. I want to be a performer one day and I know I have to just keep working on it.” 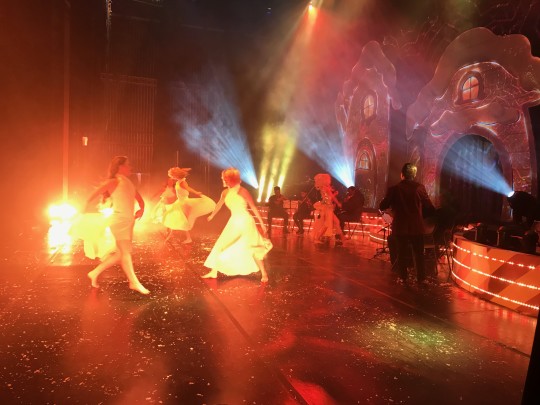 (Nyasjah Brooks) “I was recovering from surgery from my wisdom tooth, but I had so much fun because I was with my best friend and my other friends. We had so much fun on stage. It was amazing! She was playing the music from memory and she was also dancing. It was just so amazing to me.”

(Landon Wilkins) “The experience was crazy because they sat that crystal ball right next to me.” What crystal ball? “The crystal ball was a prop for her song Crystalize, and I got ADHD when they put it next to me. It was glorious! I grew because I’ve never been an accompanist, so now I have experience being a part of that. I love learning how to do different things.”

(Zariah Banks) “I thought it was awesome! At first I didn’t believe it because people like joking a lot, but when I actually went to the Cobb Energy Performing Arts Centre the experience was mind blowing. I learned that anything can happen. If you fail at one thing you can succeed the next time. Lindsey first performed at ‘America’s Got Talent’ and they said she was doing too much. Now, that’s what’s making her a star.” 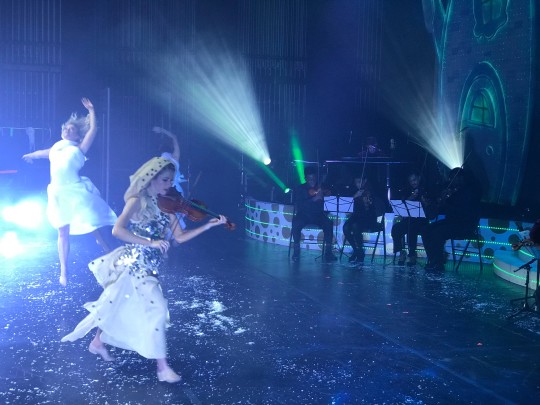 Three of the students that were beneficiaries of the initial campaign four years ago actually joined the stage for a reunion! Our ED, Dantes Rameau said “AMP is so proud of these student’s progress. They’ve shown tremendous commitment for years, and are now starting to truly reap the benefits. We’re honored to be able to serve these students and their families!”